Conserve Italia supports the national, regional and territorial activities of non-profit organisations, religious communities and parishes, by donating food products and thus assisting redistribution of surplus production to support the needs of the poor and the disadvantaged.

These surpluses may be the result of unmarketable products (due to faulty packaging, or products close to the recommended use-by date or subject to seasonal consumption) and unsold products. This creates social value and benefits the environment: preventing goods from becoming waste means avoiding the pollution caused by their destruction, transport and disposal.

The activities carried out with the main associations supported by Conserve Italia are described below.
Conserve Italia has been supporting, since 1992, the activities of Banco Alimentare, a non-profit organisation offering assistance to the most needy members of society, which was set up in 1989 on the behest of Danilo Fossati, the chairman of Star, and Monsignor Luigi Giussani, founder of the Communion and Liberation religious movement. The aim of the foundation is to “contribute to solving the problem of hunger, social marginalisation and poverty, particularly through the collection of surplus agricultural and industrial production, especially foodstuffs, and their redistribution to entities and initiatives which provide assistance to the poor and the needy” (art. 2 of the Charter). The Banco Alimentare Onlus collects, stores and distributes products to entities which provide assistance and help to the poor and the needy nationally and/or locally. 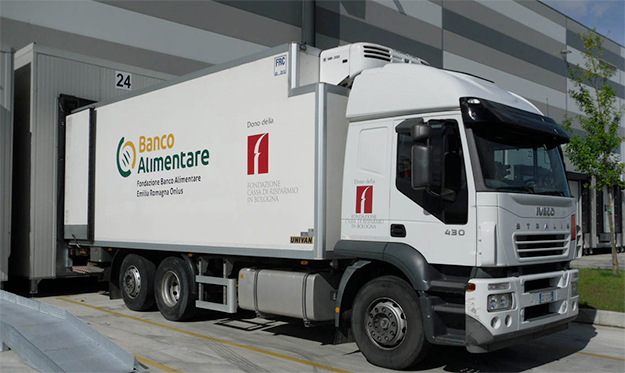 The company also provides its products to support the Associazione Amici del Benin, an association set up in Rome in 1998 on the initiative of Father Giulio Cerchietti to support the poor in Benin, West Africa, where meningitis, malaria, hunger and lack of drinking water are the reasons for the high infant mortality rate.

Conserve Italia sends aid in the form of food products to missionaries working in Peru on the Operazione Mato Grosso initiative sponsored by the Missioni Don Bosco Onlus religious association. It thus contributes to solving the problem of food shortages in this region of Latin America, with which the association's missionaries and volunteers deal on a daily basis, starting with daily providing of meals.
Operazione Mato Grosso was created in Val Formazza (Verbania) in 1967 by a group of young people led by the Salesian missionary Father Ugo De Censi. With the money collected through the work of young volunteers in various sectors, it has been possible to set up missions in Peru, Ecuador, Bolivia and Brazil, which have hospitals with outpatient clinics and care homes for children and the elderly. Roads, aqueducts and electricity networks have been built in the same area, together with schools, where children receive teaching, professional training and board and lodging. Thanks to the activity of the schools, youngsters acquire professional skills, such as wood cutting and processing, mechanics, glass working and other crafts, which allow them to join employment cooperatives in their own area. 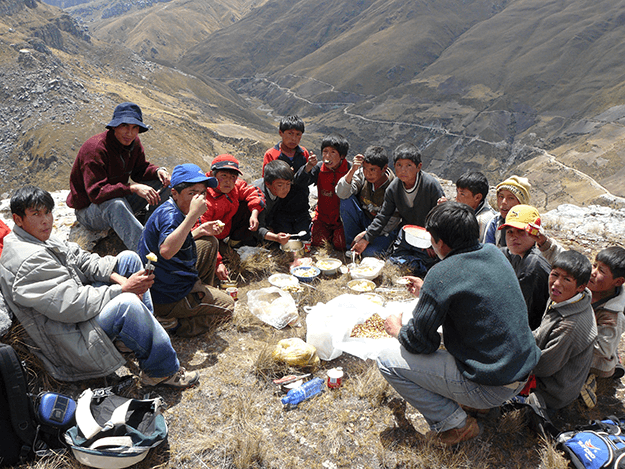 The solidarity of many has allowed drugs to be purchased, wells to be dug in various villages and the construction of an orphanage, medical dispensaries, a centre for the disabled and a school to teach reading and writing to orphans and children.

By donating its products, Conserve Italia also directly sponsors the initiatives and events of sports and scouts associations at national, regional and local level.

There are many regional sports associations which help bring youngsters together through sports and Conserve Italia supports them by donating its products.
In choosing the initiatives to support, priority is given to non-profit activities dedicated to school-age youngsters and present in areas where Conserve Italia production activities are carried out. This offers a potential benefit for company employees as well.

For around 30 years, the company has been supporting the Folgaria Basketball Camp, a national association which hosts around 1,200 youngsters (8 to 17 years of age) every year at the Folgaria sports centre in the province of Trento. 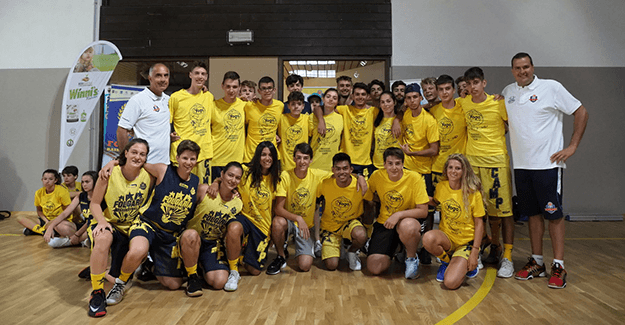 Numerous amateur sports initiatives, both national and regional and mainly involving cycling and walking events, are also supported by Conserve Italia through the donation of products, which are distributed to the competitors or offered as prizes. 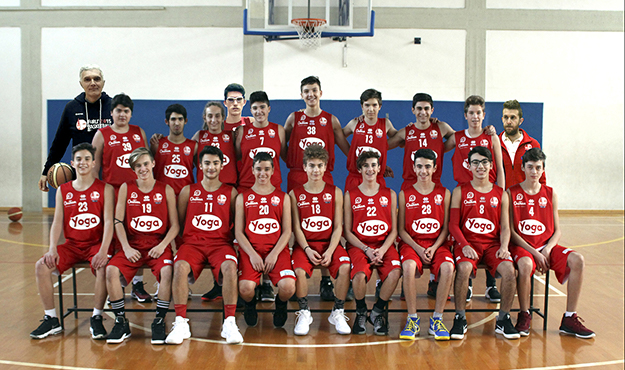 These sports initiatives include:

- the 100 Km del Passatore, a footrace from Faenza to Florence;;

- the Ferrara marathon and half-marathon, which are held in March and attract athletes from across Europe;

- Happy Hand, a recreational-sporting event organised by the Willy The King Group Association, which takes place in San Lazzaro di Savena (BO) and aims to raise awareness of disability. The various initiatives of the event also include the entertaining and exciting Happy Color Party Run, the run of a thousand colours;

- the Running In half-marathons in Milano Marittima (RA) and Forte dei Marmi (LU), the Memorial Cardinelli half-marathon in Pontelagoscuro (FE) and the Iron Man race in Cervia (RA);

- the “Gallo da tre” basketball tournament, with the collaboration of the Porto Saragozza district of Bologna and the La Ricotta association, a highly unusual “integrated” tournament in which the teams are formed of standing and wheelchair-bound youngsters, able-bodied and disabled players, with the main objective of “breaking down barriers” and requalifying the local basketball court for use by everyone;

- the Diabetes Marathon, organised by the Diabete Romagna Onlus Association and the Diabetes Marathon A.S.D. Sports Club, in collaboration with Forlì local council and the Endocrinology and Metabolic Diseases Units of the Romagna local healthcare authority, which is one of the most popular sports and solidarity events in the Forli area, thanks to the support the event provides to children and teenagers with diabetes;

- Al gir dal final, a walking race organised by the Finale Emilia sports association with the sponsorship of the local council, which takes place at the end of September every year. 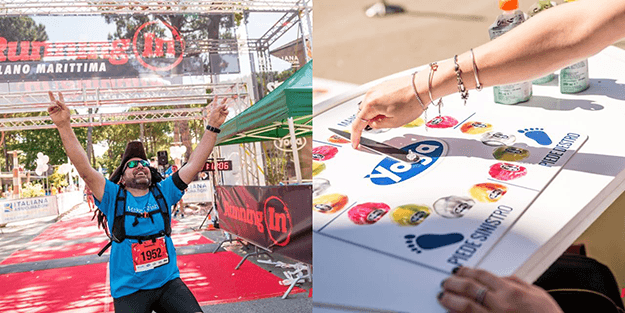 During the Christmas festivities each year, Conserve Italia employees at the San Lazzaro office collect money to donate to humanitarian associations through a charity raffle, with prizes provided by the company and by its employees.

The funds have been donated to several initiatives, such as the one sponsored by the Villaggio Senza Barriere Pastor Angelicus, of the DON MARIO CAMPIDORI Simpatia e Amicizia ONLUS Foundation, which hosts disabled people, children, teenagers, elderly people and their relatives, friends and carers during the main national holidays and the summer, for a moment of shared experiences and values, and by the A.N.S.A.B.B.I.O., Associazione Nazionale Spettacolo a Beneficio dei Bambini in Ospedale, which puts on special shows to revitalise the cultural and social life of children on long stays in hospital (these include: Rizzoli, Sant’Orsola and Maggiore Hospitals in Bologna, Maggiore Hospital in Parma and Novara, Niguarda Hospital in Milan)

The company also supports hundreds of parishes, charitable foundations and humanitarian associations with its products.
These include the Fondazione Matteo Bagnaresi Onlus, which helps 200 children and teenagers in their studies in Imola and in Parma, by organising totally free after-school study groups and afternoon snacks.

In addition to supplying products, the company has also offered financial support to several associations, institutes and non-profit organisations, including:

- I.O.R., Istituto Oncologico Romagnolo, a major oncology unit in Romagna that supports cancer patients and their relatives and carries out scientific research and prevention activities to fight it;

- Bimbo Tu Onlus, an association that supports paediatric patients in the neurosurgery and neuropsychiatric units of Bellaria Hospital in Bologna;

- L’Incontro, a social cooperative in Norcia, which performs activities for children and the elderly and whose premises were seriously damaged by the earthquakes that hit Central Italy several times in 2016. Conserve Italia has contributed financially to a reconstruction project sponsored by the Italian Federation of Cooperatives;

- Ri-Scossa, a social cooperative in the province of Rieti, which performs aggregation, revitalisation and motivation activities in small towns in Lazio hit by natural catastrophes (avalanches and earthquakes).